Thank you social media for giving us celebrity pets.

Well, it actually gave us a forum – many forums – for posting images of our interesting, ugly, cute, amazing, and beautiful pets. Some got attention … a lot of attention, primarily by accident. The owners of now famous Grumpy Cat didn’t set out to retire on the avails of their cat’s image – it just happened. Authenticity, accident and a little tenacity appear to be the winning formula.

Despite that, many (maybe too many?) are trying to cash in on the benefits of going viral.

Apparently, celebrity pets aren’t the same as pop music boy bands. Pet fame is harder to manufacture. But that hasn’t stopped many trying including a few who were set up on ‘meet and greet’ tables making an appearance at the huge Spring 2016 Canadian Pet Expo in Mississauga, Ontario on Easter weekend.

Here are a few. Know any? 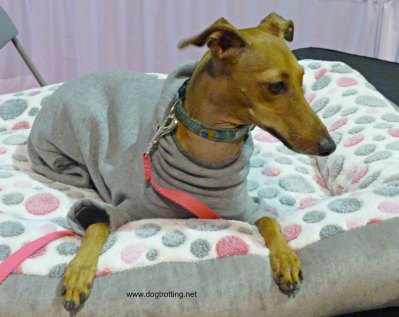 Iggy Joey is a female Italian Greyhound with her own Instagram account and blog. She’s been dubbed the “Most Fashionable Dog in the World” by CHEEZburger and the “Best Dressed Dog in Canada” by Buzzfeed Canada. This was my first time meeting this canine fashion icon, maybe a bit under dressed in her grey sweat suit? But hey, she was no doubt judging my footwear.

Pom Pom Chewy claims to be a Foxeranian – a Fox crossed with a Pomeranian. “That’s what they told us at the shelter,” her owner tells me. I’m skeptical but apparently she’s nearsighted like me so we formed an instant bond. You can find her on Instagram, twitter, vine and Facebook.

His owners claim Remix is a stylish bearded pupster famous on Instagram. He’s actually a schnauzer, so as an owner of a schnoodle (who is all schnauzer at heart) he wins my vote – though he hardly needs it already having appeared on Canadian T.V. shows such as the Marilyn Denis Show and in magazines such as Glamour and Elle. He’s pictured here with fur mom Jen. 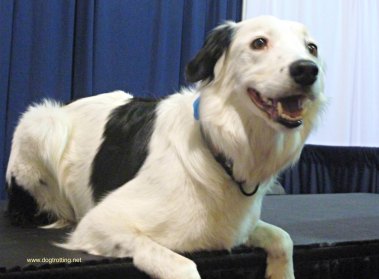 Hero, who I have actually seen in shows, isn’t about the Internet at all. He found fame the old fashion way: hard work and training. He regularly performs for live audiences as part of the Super Collies team and wins agility competitions.

Dogs are the dominate pet at this annual spring pet expo located near the Toronto airport, followed by cats thanks to one of the country’s largest cat shows happening here. Also, guinea pigs (cavies) and rabbits have a judged show of their own. Plus, reptiles are apparently the new fish judging by the amount of breeders and booths.

What other weird and wonderful things can you do at the show?

Get your photo taken with an alligator at Collective ConSERvation.

Pet a capybara at the exotic animal enclosure thanks to Hands On Exotics.

And hold a snake at any of the vendor booths. So many, many snakes…. 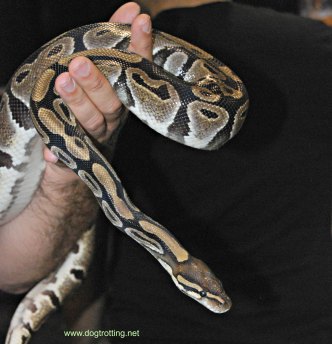 The Canadian Pet Expo runs twice a year at the International Centre near the Toronto airport. Check out previous year’s coverage here.

If you are going to get into reptiles, please keep up with information about their care by subscribing to Reptiles magazine. Or unwind with the latest trend: Unique and Exotic Pets Adult Colouring Book available from Amazon.